skip to main | skip to sidebar

Not pretty but full of goodness.

When I was younger, dad used to take me to his friend’s organic farm on the weekends. It was a real organic farm because everything there was grown without chemical. Fertiliser was made from grass, dung and other rotten stuff. Dad told me that he almost became an organic farmer himself. I like eating carrots so I don’t really mind being a farmer’s daughter... he he.

At the farm, we talked to the plants. Dad spoke to them like as if they were babies. I also talked to them like they were babies... He he. Dad is quite good at talking to things, so talking to plants is not a problem for him. He talks to his car especially when it refuses to start; to our computer when it is acting up; to the washing machine when it becomes violet; and to himself when he can’t find the tv remote. He he.

I liked talking to the cucumber plant. When you talk to them softly and leave a finger close to the end of their vines (I think that’s what is called), they will wind around your finger. But, you have to wait a while though; they are usually not in a hurry. Well, plants are never in a big hurry. He he. They are slow and cute.

Dad said that when you talk to plants nicely and with a good vibration, they will give you produce that are full of goodness. You don’t have to eat a whole lot of them to be full. We used to take fruits and vegetables back from the farm. They were very fresh and tasty. Oh! I love the carrots.

Dad said that, in an organic farm, you don’t usually get to harvest all that you’ve planted because some of them will be eaten by the insects and birds. Some of the vegetables were not very pretty because they had holes from insect’s bits. Dad said that in nature; “you don’t have to be beautiful to be good”... He he.

Wow, what a lovely post..and very meaningful ending "You don't have to be beautiful to be good"...

i talk to my plants too...when i was young...kinda grew out of this habit coz i got lots of sniggers from "un civilised" folks

will go back to talking to them la!! more organic way of making them grow rite??

yling, thank you so much. Hope you and angel are having good fun in... Spain now?

Mommy of 3, ppl give us weird look too, we just ignore them. we do things that we feel is right ma.. hor.. thanks.

gardening is so much fun and very relaxing. I am looking forward to getting back into it next summer. hope.

thanks lyn for dropping by. Nature have a way of relaxing us, especially from city living. Going for walk in the forest has the same effect too... he he.

Hi big bright head,
hehe.... what a name! Light bulb? It's nice though to read about the story of a father and daughter.

I almost became an organic farmer too.... guess I'm not cut out for it.

yah, very bright, energy saving one. he he. Can't be organic farmer, never mind, but must support those who are. Very tough lei, their life. He he

thanks for coming by.

Usually I don't mind some holes on the veggies I buy because I know they are not sprayed with insecticide. Haha.

ah lost: in fact plants are more alive than humans. They can communicate between themselves... without the use of a mobile phone.. he he..

saging: continue to talk to plants, its good. you can also talk to yourself.. he he

day-dreamer: so right. in fact they say the holey-er the better. if the incests can eat them, we can eat them... he he

I love the way your dad talks to everything, plants, cars and all!
Is kinda cute like as if all things have their own thoughts..
Love you blog btw!

hi yan, thanks for dropping in. actually everything does have their own thoughts... he he.

I LOVE carrots, especially carrot juice. Yummm... I used to talk to my former New Zealander boss' money plants. It kept growing bigger and bigger and 'fat' too. Babies kept sprouting from it and it's beautiful...

All original content on this site is the property of the author and may not be reproduced, in whole or in part, without prior written consent. In other words, in plain English, don't copy it, and if you feel like you really want to copy it, please don’t. Get counseling. Copyright 2007-2034.

Two Bright Heads
No rant here... So how?

older ones, but just as good!

Things happened for a reason
Adults are allowed to help.
Things grown-ups talk about.
It's almost end of the year.
The holiday is almost over.

This is a No Ranting, No cursing and No Smoking Site 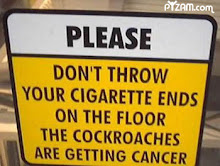 award of the year 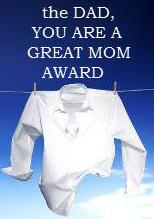 should you feel like you really need to copy something from here, please don’t! Get counseling!

this is a very very powerful search engine